Australia has a few thousand species of Spiders and some of the most dangers on the planet and the Gold Coast has its fair share of them. If you after effective Spider Control Gold Coast from a professional team, Control Pest Management has the solutions for you.

As the premier Spider eradication and management specialists we can protect you and your family, and pets, from the ever-present danger spiders present.

Some spider bites are not only painful but can cause swelling and may prove fatal. These effects are exacerbated in small children.

Spiders can be a particular nuisance in the home. They are attracted to warm, dark small spaces, like wall cracks, corners, air vents, and in the eaves of your home.

Spider Control Gold Coast is as simple as calling Uus today to speak with one of our experts. 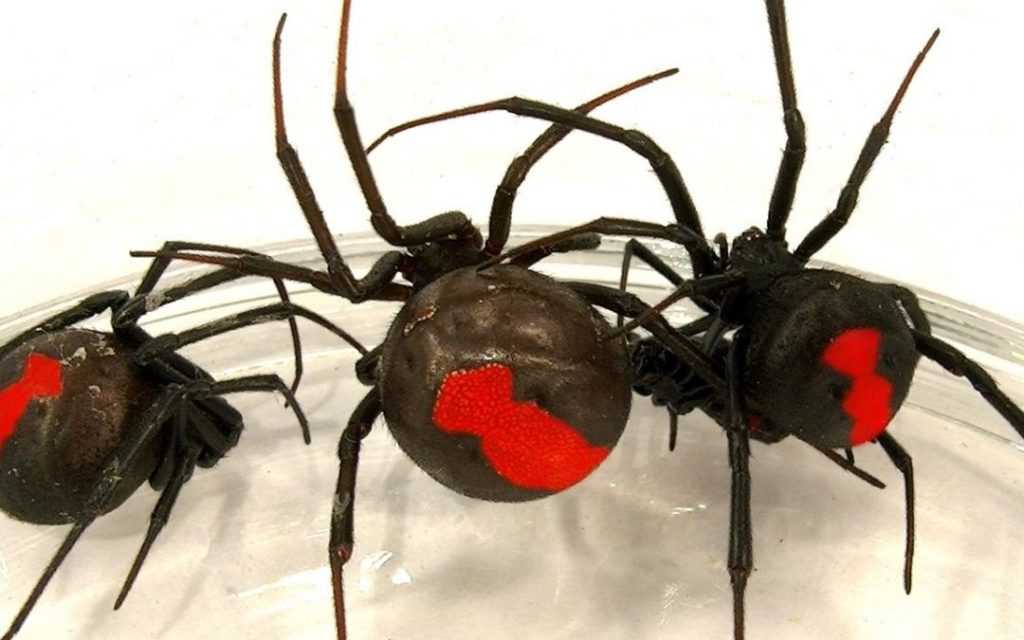 The chemical treatment of spiders is problematic due to their minimal contact with surfaces, walking with most of their body and abdomen off the ground. Even perimeter applications are of limited scope. So, the treatment needs to target the spider web or spider itself to maximise the results.

This spider control treatment uses a specialist spider spray to treat the outdoors surfaces of buildings including the eaves, window & door frames as well as any cracks and crevices where spiders may be hiding around the yard, including fences, sheds and play equipment. This treatment also targets web-building spiders such as the redback and black house spiders.

Here are the 6 common spiders in Australia that cause most of the problems and or bites:

• Redback spider:
Redbacks live in dry sheltered sites, under rocks and logs, in tubular fencing, in roof voids. Usually found on the north-facing walls usually with be found nesting between outside walls objects left on them. The female redback will often eat the much smaller male spider after mating.
If bitten seek medical attention immediately – Apply a pressure immobilisation bandage to the bite site and the adjacent limb.

• Huntsman spider:
Huntsman spiders tend to live under rocks and bark and are able to use their flat body shape to camouflage, it also makes them very adept at squeezing into all sorts of places. The are one of the most common spiders we see in our houses.
If bitten watch and act – Huntsmen bites will usually swell and hurt, but usually are not considered dangerous to a human.

• Funnel-web spider:
These are one of Australia most notorious spiders and rightly so with some specious being among the deadliest spiders in the world. They tend to live in sandy soils in moist areas, under rocks and logs. The males go wandering to find a female mate in autumn and can make it into houses or fall into swimming pools.
If bitten seek medical attention immediately – Apply a pressure immobilisation bandage to the bite site and the adjacent limb.

• White-tailed spider:
Usually located in cool moist locations, such as the mulch in garden beds. They can come into the house in the summer months to escape the heat, often hiding in sheets and clothing on the floor. Their favourite food is black house spiders.
If bitten watch and act – Some bites may cause burning pain, swelling and itchiness. Occasionally, blistering has been reported. If pain and swelling persist seek medical attention.

• St. Andrews cross spider:
St. Andrews cross spiders live in trees and bushes, often building significant webs that can span up to a meter or more – very annoying when they cross paths around the house.
If bitten watch and act – This is of low risk to human you may get some swell and pain. If pain and swelling persist seek medical attention

• Blackhouse spider:
Normally found under rocks and in trees but is well adapted to building webs around the home, especially around windows, doors and eaves.
If bitten watch and act – Local swelling and pain can sometimes occur from a bite, including nausea, vomiting, sweating, muscular pain, headache and dizziness. In a few cases skin lesions, necrotising arachnidism have been recorded after bites. A cold pack may relieve local pain. Seek medical attention if symptoms persist.

If you’re having an issue with some unwanted guests and would like a Spider Control Treatment, Call Us Today.

For a complete listing of all the suburbs we service on the Gold Coast, please see below –