Control Pest Management has a long and proud history of providing pest control services in Australia and is inspired by a tragic childhood event. 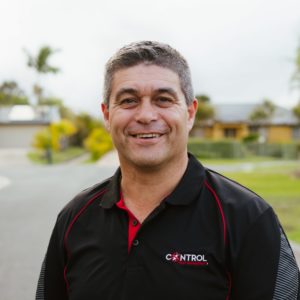 It all began with the experience of 18 year old (at the time) Te Awa Pearce. Te Awa’s cousin and her baby lived in a basement room of her family home. The baby had reached that wonderful age of crawling and discovering, touching, tasting everything, everywhere, as most healthy young children do.

Suddenly the baby took ill and was hospitalised. Tragically the baby did not respond to the treatment and she was not recovering from the mystery illness. As the child digressed, the diagnosis came. A debilitating disease called Weil’s Disease (Leptospirosis). This disease was carried in rat and mice urine and the baby had come in contact whilst crawling.

Tragically the disease (similar to meningitis) affected the child’s brain function long term and left her with a permanent disability and in need of long term care. Watching his cousin go through this tragedy had a profound impact on Te Awa.

He began his career as a teacher and then later after moving to Australia and discovering that everything can bite or sting in this beautiful country, he invested in Pest Control training and started his own business. Te Awa put his own experiences and concerns into practice on an everyday basis in his Pest Control business. His customers came first, services were personalised to meet individual needs, quality of service was paramount, and safety for himself, customers and their pets without compromise. In no time at all using this personalised approach business took on a life of its own.

Te Awa’s business grew quickly which led to him engaging subcontractors to carry out work on his behalf. While this solved the demand for services, he found that pest control technicians have such a wide and varied standard of work that he could not nor want to put his name to their poor workmanship. Left feeling frustrated at not being able to control the standard of work provided by subcontractors, who were mostly one-man band operators, and with significant risk to both customers and technicians the only way to go was to Franchise. This way he could ensure that all customers get a quality service as if he had provided it himself. That is where the Control Pest Management Franchising model began.

Te Awa and his team of personally trained Franchisees, positioned throughout Australia are ready to ensure a professional standard of pest control because ‘Your Safety is Our Priority!’